Travel Tip: How to Find A Quiet Hotel RoomBlog 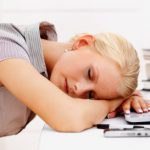